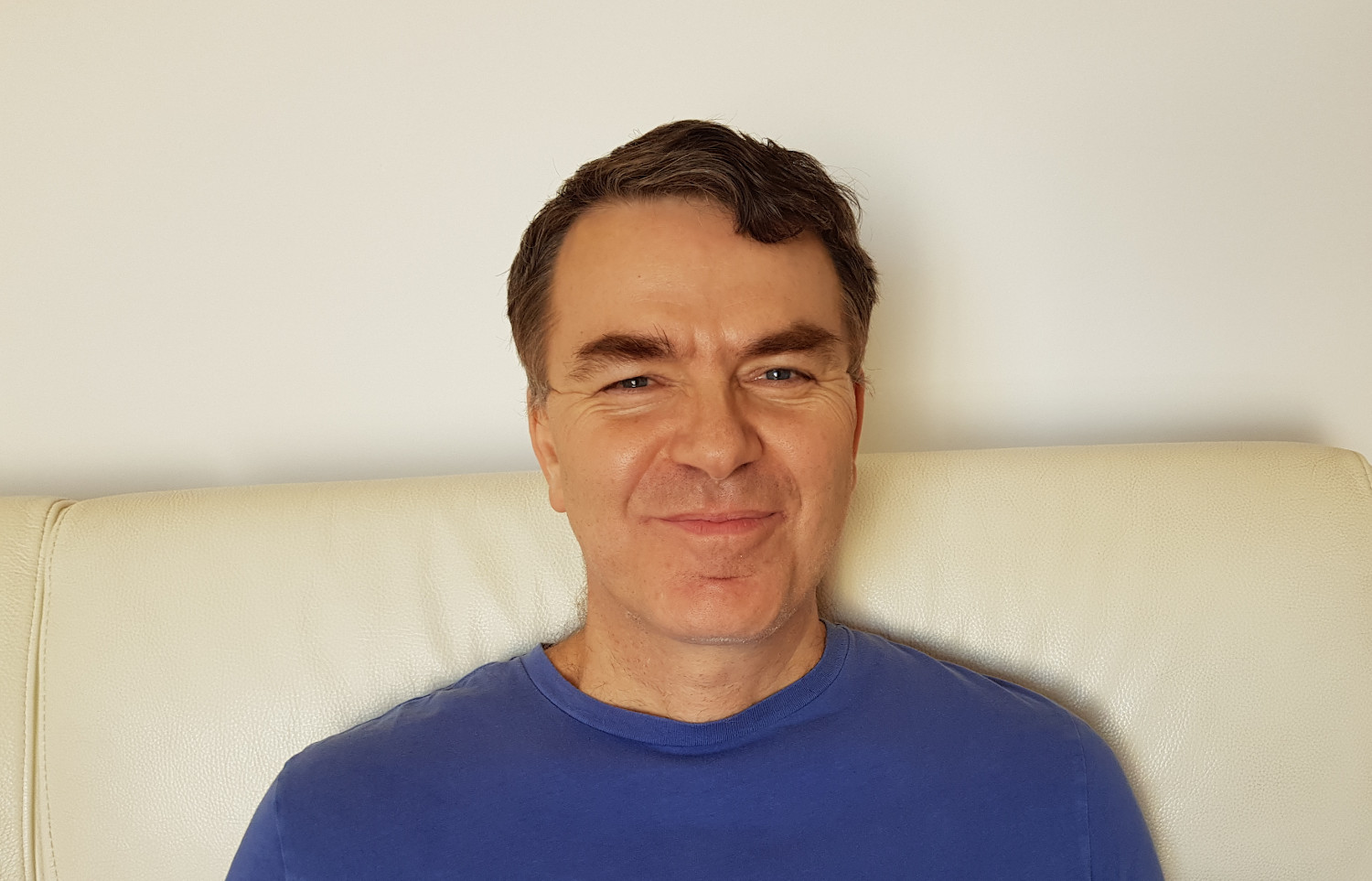 Gabor Szabo is a long time Perl developer and DevOps trainer and the author of the Perl tutorial and of Perl Maven and on Code Maven. He received a White Camel Award in 2008. He teaches training courses in Israel and around the world. He wears the hat of the chief editor of Perl Weekly newsletter, and is always happy to receive notable Perl news items for inclusion in its next issue.

How did you first start using Perl?

I was working at a start-up company near Jerusalem that had an AI-based software product which cost 1,000,000 USD with an additional 1-2 million cost for integration. That made sales a bit difficult so we were working on a related product that would sell for a mere 30,000 USD. Just to get our feet in the door of the potential buyers of our flagship product. We were using Scheme and AWK to write our compiler on Window 3.11. It was great fun, but I was also interested in all the sysadmin work in the company (we had a Novell NetWare 3.11 network and all the other areas that was not that interesting for the regular programmers. For example our build system.

Then Windows NT was introduced in 1993 and I got the opportunity to start setting it up. At around the same time our office was bought by NetManage, one of the pioneers in TCP/IP for MS Windows, in what is today called an Acqui-hiring. There we used some Rational ClearCase tools for bug tracking.

That’s the time when I first started to use Perl, probably in 1993 or 1994. I built an in-house web application to allow the developers to initiate a build of the software they were writing and to get notification when the build was ready. As I recall it was running on Windows. I also dealt with some of the bug-tracking automation that was running on some Unix system.

Which Perl modules are you constantly using? How do they make your life easier?

I hardly have any Perl-related work these days so I can’t really say, but when I need a script here and there I often use Capture::Tiny and keep re-creating it (partially and badly) in other languages. I love testing so anything that starts with Test:: is usually interesting to me.

I also run the Perl Maven and Code Maven sites on a Dancer-based application I wrote ages ago. The source is open though probably not very useful to anyone besides me. So I use Dancer2, Template Toolkit, DateTime, and DateTime::Tiny just to name a few. Oh and of course I love Perl::Critic and Devel::Cover.

Which Perl feature do you overuse?

I am not sure if any. Well, maybe except of Perl::Critic. I just noticed that I configured it that it won’t allow double-quotes around a string if there is nothing to interpolate in it. So “perl” is bad, ‘perl’ is good. I need to relax this.

I think I hardly ever used the fun features of Perl. I almost never use the do_this and do_that construct except for the open or die. I hardly use $_ and I think never use it explicitly. Maybe I was never a real Perl programmer :)

Which Perl feature do you wish you could use more?

Given that I hardly write Perl these days, any feature would be ok with me :)

I write mostly Python, Groovy, and recently Golang. So I would say I miss the autovivification, though definitely not the bug Perl has in being overenthusiastic about autovivification. I miss the possibility to move around some code, or comment out some code and try the rest without re-indenting everything. Though I don’t miss the time when I was begging my Perl students to indent their code.

I miss the CPAN Testers. (in these other languages). (And I do still encounter Perl code in some corporation written by people who have been writing Perl for 5-10 years and I always wonder why don’t they actually learn Perl…)

What one thing you’d like to change about Perl?

The community. Whatever that means. I wish people were prouder of their work and embraced the 21st century.

I wish they were more public about their work (e.g. announcements of releases of perl IMHO are only published on the p5porters list. Not on blogs.perl.org, not on perl.org, and not on https://news.perlfoundation.org/).

Very few module authors write about new releases of their code. There are very few people who write about Perl-related subjects. In many cases those posts are not linking to each other.

Some of the bloggers seem to have forgotten (or never learned) that links are a form of supporting each other. This is sad as it gives the impression that no-one uses Perl. Of course this is not new, it is just getting worse every year as the people who used to write about Perl stopped doing so or are writing about other subjects now.

It also makes it much harder to fill Perl Weekly newsletter. If it wasn’t for the Perl Weekly Challenge we would have half the size.

What is the future of Perl?

I think the number of “Perl programmers” will continue to decline and with that less and less problems will have a solution on CPAN.

However, the more interesting thing to me is what happens to the “Perl programmers”. The same way the impact of Larry Wall on programming goes far beyond the people who use (or ever used) Perl. Or patch for that matter.

For example I would love to know what happened to all the people who received a White Camel Award even if they don’t write Perl any more.

Same with the most high-profile CPAN authors. Even if they don’t write Perl any more, their thinking was formed by Perl and by all the nice things the community had throughout the last 32+ years.

Mohammad is a CPAN contributor. He enjoys submitting pull requests and speaking at Perl Conferences. He runs the Perl Weekly Challenge. He is also co-editor of Perl Weekly newsletter. Find out more about him on his website.