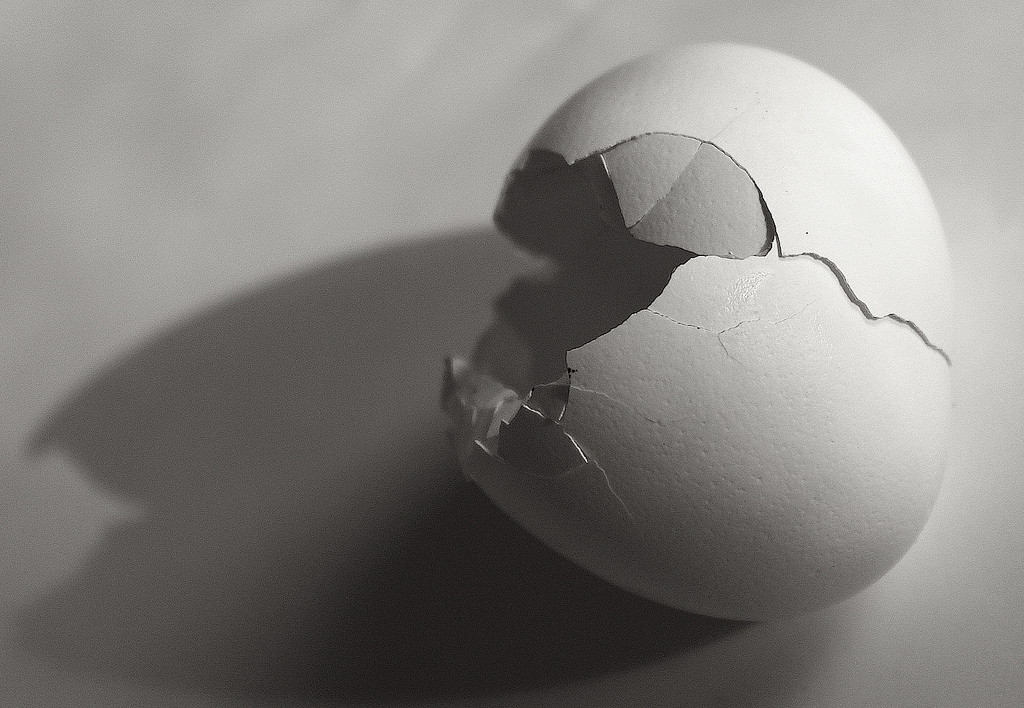 By some alignment of the stars, lately I’ve run into the same problem in different contexts and in different projects this year. What happens in an external command when an argument has spaces or other special characters?

Ever wonder why web forms have weird restrictions on whitespace? It’s probably because the backend can’t deal with values with whitespace or other special characters. Or, at some point the programmer dealt with such a system and it scarred them for life; they are spacephobic. The mechanics of some underlying mechanism leak through and infect the application-level experience.

We tend to assume that we can interpolate strings into a command line and everything will be fine, even if we actually know how that can be dangerous. I explain some of those dangers in Mastering Perl when I write about Perl’s taint checking. You can also read about some of that in perlsec. I’ll ignore all that for this short article.

My example here uses a macOS command that I have been playing with, but this applies to just about any Unix-ish external command. On Windows, you have additional concerns because you have to know what cmd is going to do as well has a particular program will handle its own argument string.

Doing it the wrong way

Consider this slightly contrived snippet. I’m using James Berry’s tag. It’s a command-line tool that can reliably set and retrieve the names of file labels. Run it with a filename and it returns the filename and a list of labels:

Here’s what that directory looks like in Path Finder, my favorite Finder replacement. 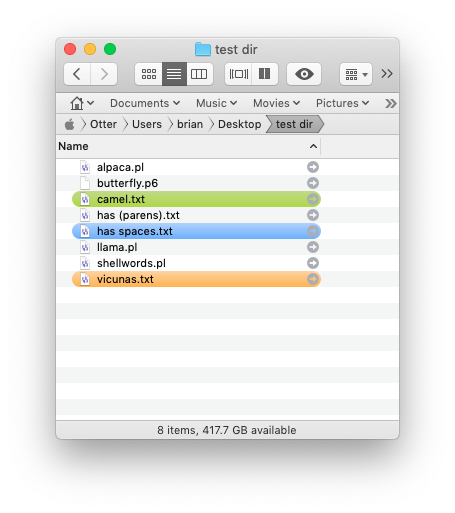 My task involved lots of files. Like most people, I’d like the capture of text from command-line tools to be effortless. I’ll often reach for backticks and a simple construction of a command:

Even though I know intellectually that this won’t always work, I wrote it that way initially because it’s easy. I took a shortcut and it ended up biting. When I run my program, some of the calls have problems:

We tend to write the easiest thing first even though we know it will have problems later. Some people call this technical debt; I call it being lazy. And we all do it.

Consider what those failing commands look like. The “weird” filenames don’t look like a single argument to the command. One of them is even suspicious. And I think I have many more parens in filenames than anyone ever envisioned:

There’s an easy fix; I’ll just put quotes around it. That works for a while because I’m really just playing the odds that the edge cases will be rare:

But it fails again when I have a file with a quote in the filename. That’s also much less rare than people imagine. For example, I tend to save webpages in a way where their title becomes the file name. How many times am I going to fix this problem? 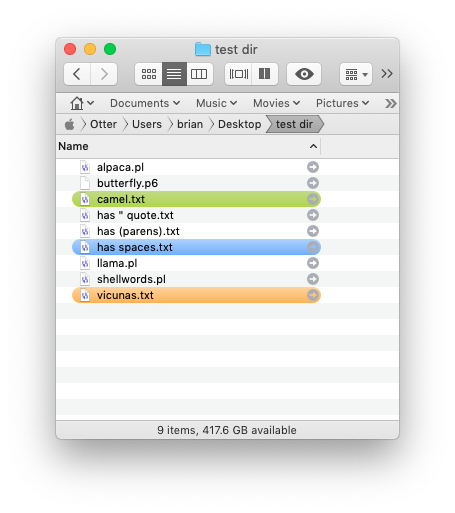 At one point I figured that I’d just quotemeta the whole thing even though I knew that was designed to protect strings in regular expressions:

That doesn’t work either. Now none of the files match:

The better fix is to escape only the delimiter. This uses a separate statement to do that:

It looks like it works (although I wouldn’t bet my life on it based on my performance with this task so far):

I could put that inline with the command, although it’s a bit ugly. I get the modified string in an anonymous array reference (the square braces) and dereference that immediately in the string:

Blerg. That works in this case but is ugly in the service of keystrokes (but how many actual keystrokes did I use to get to the final result?). And it probably misses some other special cases, such as $ for shell interpolation and shell backticks. Single quotes might fix that in Unix but won’t in Windows. I’ll show String::ShellQuote later.

How much work was this to get right? Hardly any. It’s annoying to do this little bit more, but it’s much less painful than a bunch of support tickets or angry mobs at your desk.

If I didn’t need the output, I could have used system (or exec) in list forms. In that case, the system completely bypasses the shell:

Be careful with an array, though! An array of one element is not the list form! There’s a slightly weird syntax to get around this. But the first array element in braces followed by the array. I explain this more in the “Secure Programming Techniques” chapter of Mastering Perl, but the exec docs explain it too:

Remember, it doesn’t matter as much how rare the edge case is; it matters how damaging it is. Some things I can’t control, but this situation is not one of those things. A couple minutes here saves lots of time and money later.

There are some modules that can do this sort of stuff for you (with the risk of an additional dependency). Dan Book suggested this example with String::ShellQuote. which handles Bourne shell issues (sorry zsh):

He also suggested IPC::ReadpipeX. Look under the hood and you’ll find that pipe open again:

Punting to the shell completely

A now-deleted Github user suggested a way that hands off everything to the shell to let it figure it out. I’ve lifted this section almost verbatim from them.

I think that it might be worthwhile mentioning that, by controlling the environment, it is trivial to side-step shell quoting issues. Here is an example:

This will result in something like the following, proving its efficacy.

Indeed, this method is highly reliable and is also resilient to shell code injection. The only limitation is that the exported variable should not contain a null byte, otherwise it will result in a truncated expansion. This is an intrinsic limitation of sh, and has to do with C using \0 as a string terminator. Note also that, in Unix-like operating systems, a path may not contain the null byte anyway.

But hang on, you may ask! Why bother, when we can just bypass the shell by conveying an argument vector to a specific executable via the system function in the first place? Well, granted, the example shown is only an academic one. However, this method can - at times - be genuinely useful in practice. Here are some reasons why.

Sometimes, a developer may wish to deliberately exploit shell features but without having to jump through hoops making strings safe for injection into the shell code.

This technique accomplishes such without having to second-guess what the shell considers to be a meta-character and having to escape/quote accordingly. By delegating (environment) variable expansion directly to the shell, it simply no longer matters. EDIT: It works just as well in zsh, for instance.

This technique eliminates the possibility of code injection, unless doing ‘interesting’ things with eval in the shell.

This technique is applicable outside of Perl, and is exceptionally useful for evil languages—such as PHP—that make it comparatively difficult to avoid invoking /bin/sh when creating a sub-process. It can even be leveraged to good effect in applications such as Puppet, for example.

I can run external commands with arguments with the core module IPC::Open3:

The CPAN module Capture::Tiny can do the same thing with a slightly more pleasing interface (at the cost of an external dependency):

I’ve always wanted an even simpler way to construct these strings. I’d love to have sprintf-like syntax to interpolate strings in all sorts of special ways. I even have maintainership of String::Sprintf although I’ve done nothing with it: