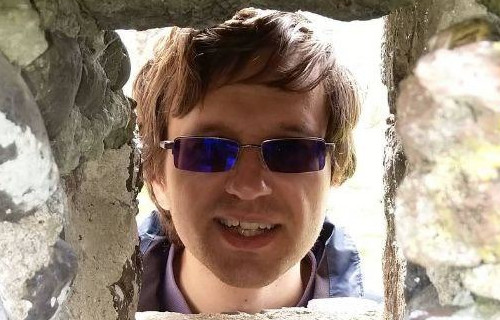 Paul “LeoNerd” Evans is a CPAN author, blogger, and core Perl contributor. He introduced the experimental isa operator in Perl 5.32 and the try/catch syntax in an upcoming version.

Tell me a little about yourself and your background; whatever you feel comfortable sharing.

Lets see—I’m going to do this in reverse chronological order.

Currently I’m a self-employed contractor, splitting my time between Perl and other computery things, and electronics. Most of the jobs I’ve had before I did that were based on Perl, with the minor exception of a little Internet startup company called “Google”— maybe you’ve heard of them? Sadly they don’t do much Perl there.

How did you first get into programming Perl, and then later hacking on Perl’s core?

I dabbled in a little amount of it at university, during my final year. When I ought to have been studying type systems and other academic stuff I found it much more interesting to be hacking on bits of C and Perl instead, much to the dismay of my supervisors. My first post-study job happened to be in Perl and I’ve just stuck with it ever since.

The core hacking all came as a slow progression from writing Perl code, to writing modules, to the inevitable having to write bits of XS code for some of those modules. The deeper you dive into that area the more you find you have to understand how the internals of the interpreter work. The largest amount of time I spent on that was probably while making the Future::AsyncAwait module—that has to have quite a tight in-depth integration with the interpreter core, in order to successfully suspend and resume running functions, which is the basis of how the async/await syntax all works.

Two reasons. The first reason I wrote it just for myself, was a learning exercise to see if I could understand and use this new-fangled “custom keyword” mechanism that was recently added to Perl. Once I had a proof-of-concept working, it didn’t take me long to work out how to write it “correctly”—in the sense that the body of the try and catch blocks were true blocks, and not closures-in-disguise like all of the pure Perl and even all of the custom syntax modules at the time were all doing. This meant it had a much ligher calling overhead, doesn’t interact with @_, plays nicer with return and next/last/redo, and all sorts of other advantages. From there it didn’t take me too long before I had something that I felt had real technical advantages than anything else that came before, so I tried to encourage its use. Freenode’s #perl channel in particular were very instrumental in helping that effort, adopting it in their recommendations to new users.

Recently you’ve spearheaded adding native try/catch syntax to native Perl, and released the Feature::Compat::Try module to offer the same syntax for earlier versions. Currently the former is enabled by a feature guard; do you anticipate a time when this will no longer be the case? Would that cause issues with code that uses other try/catch syntax modules?

I think it will be quite a while yet before we can see a Perl that would enable it by default, but I hope very soon it will make its way into the numbered version bundles. That is, I hope that simply

would be enough to enable the try syntax, and if and when such a time comes that we decide to bump the major version to 7, that will continue to hold—merely saying

would be sufficient to get that—along with all the other fancy fun things I hope to see by that time.

How do you envision Syntax::Keyword::Try’s role going forward? Will it be a testbed for future native Perl exception features?

It already is just that. There are more features in Syntax::Keyword::Try than the “minimal viable product” part that I ported to core in 5.33. Two main things come to mind—the typed exception dispatch, and the finally blocks. I’ve lately been looking at some defer syntax for a more general-purpose version of finally.

The question of how to handle typed dispatch is a more general one, which needs addressing in a wider language context—perhaps including considerations of signatures, match/case syntax, variable or object slot type assertions, and so on…

What’s next for you aside from exceptions in Perl? I’ve been reading about the work you’ve been doing with Curtis “Ovid” Poe on and your Object::Pad module—would you like to speak on that?

Yes, object systems seem to be of interest currently—so part of my thoughts are about Corinna and Object::Pad. But I’m also working on a number of other things. defer I already mentioned above. Additionally I have some thoughts in the direction of match/case, and a few other bits and pieces. These would mostly be done as CPAN modules at first to experiment with the ideas. I mentioned a lot of them in my recent “Perl in 2025” talk at FOSDEM.

Mark helps professional Perl developers to engineer modern, disciplined applications in the cloud so that they can become experts that write easy-to-maintain code with confidence. He blogs at PhoenixTrap.com and works for HostGator as a software engineer.