Now I want to grab the entire list of O’Reilly cover animals, and Mojolicious is going to help me do that.

O’Reilly Media, who publishes most of my books, is distinctively known by the animals it chooses for their covers. Edie Freedman explains how she came up with the well-known design in A short history of the O’Reilly animals. I think I first saw this design on the cover of sed & awk; those Slender Lorises (Lori?) are a bit creepy, but not creepy enough to keep me away from the command line. 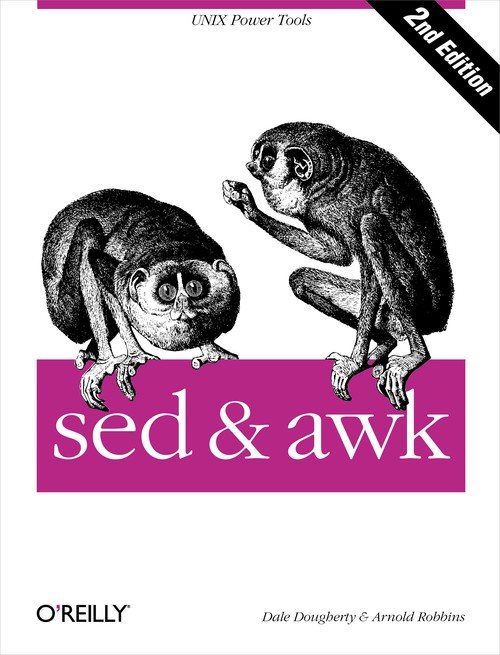 Not that a Perler should talk since Larry Wall choose a camel: it’s ugly but it gets the job done under tough conditions. And, for own of my own books, the alpaca is a bit cuter, but they are nasty beasts as well.

O’Reilly lists almost all of the animals from their covers, even if “animals” is a bit of a loose term that encompasses “Catholic Priests” (Ethics of Big Data) or “Soldiers or rangers, with rifles” (SELinux). You can page through that list 20 results at a time, or search it. But, as with most lists I see online, I want to grab the entire list at once. Show me a paginated resources and I’ll show you the program I automated to unpaginate it.

Scraping a bunch of pages is no problem for Perl, especially with Mojolicious (as I write about in Mojo Web Clients). I whipped up a quick script and soon had all of the animals in a JSON file.

There’s nothing particularly fancy in my programming, although I do use Mojo::Promise so I can make the requests concurrently. That wasn’t something that I cared that much about, but I had just answered a StackOverflow question about Promises so it was on my mind. I set up all of the web requests but don’t run them right away. Once I have all of them, I run them at once through the all() Promise:

Those concurrent requests make this program much faster than it would be if I did them individually one after the other, although it can really hammer a server if I’m not careful. Most of the web request time is simply waiting and I get all of those requests to wait at the same time. Now, this isn’t really parallelism because once one request has something to do, such as reading the data, the other requests still need to wait their turn. Perhaps I’ll rewrite this program later to use Minion, the Mojo-based job queue that can do things in different processes.

The rest of the program is data extraction. In parse_page, I have various CSS Selectors to extract all of the div.animal-row and turn each animal into a hash (again, I have lots of examples in Mojo Web Clients). Each Promise adds its results to the @grand array. At the end, I turn that into a JSON file, which I’ve also uploaded as a gist.

As someone who has been doing this sort of extraction for quite a while, I’m always quite pleased how easy Mojolicious makes this. Everything I need is already there, uses the same idioms, and works together nicely. I get the page and select some elements. A long time ago, I would have had long series of substitutions, regexes, and other low-level text processing. Perl’s certainly good at text processing, but that doesn’t mean I want to work at that level in every program. Do something powerful a couple times and it doesn’t seem so cool anymore, although the next step for Mojolicious might be Minority Report-style pre-fetching where it knows what I want before I do.

I do use a few interesting tricks just because I do. Lately in these sorts of programs I’m collecting things into a data structure then presenting it at the end. Typically that means I do the setup at the top of the program file and the output at the end. However, after I’ve defined the @grand variable, I immediately define an END block to specify what to do with @grand once everything else has happened:

That keeps the details of the data structure together. The entire point of the program is to get those data out to the JSON file.

I could have just as easily kept that together with a normal Perl subroutine, but END is a subroutine that I don’t need to call explicitly. This is merely something I’ve been doing lately and I might change my mind later.

And I leave you with a little safari for your own amusement. My animals are the Llama, Alpaca, Vicuñas, Camel, and Hamadryas Butterfly. Search the O’Reilly list (or my JSON) to find those titles. Some of them are missing and some have surprising results. 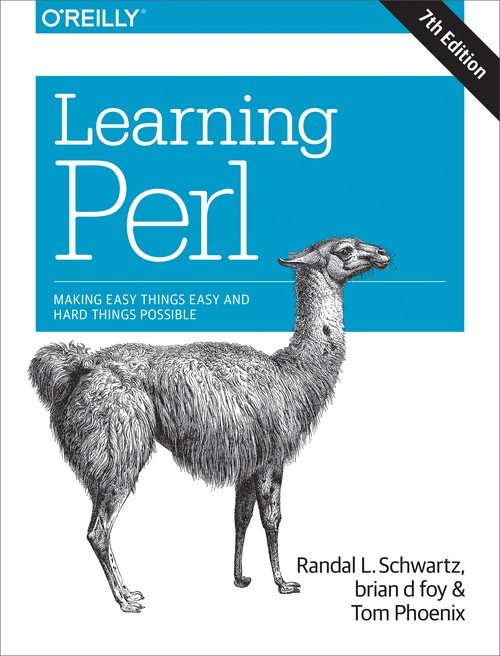 Here are some interesting jq commands to play with the Animals JSON file: