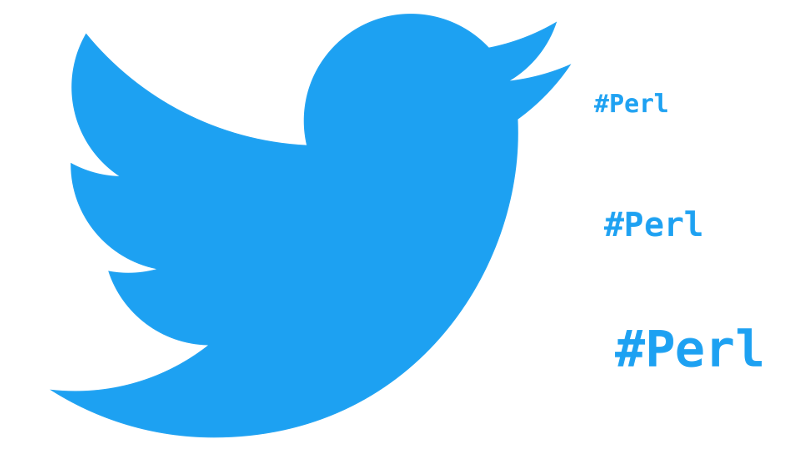 When it comes to open source communities, programming comes first, but talking about programming is a close second. Perl programmers are pretty good about blogging (the Perly-Bot app that populates our community articles sidebar tracks around 30 blogs), but I’ve noticed that on Twitter, many Perl-related tweets lack a #Perl hashtag. That’s a shame, as it helps others discover Perl related tweets via search, clicking the hashtag and in the “highlights” notification on the Twitter mobile app.

Sometimes you may not want to include a Perl hashtag: perhaps you’ve hit the tweet character limit (#Per is no good!) or maybe you’re blogging about several languages including Perl, and don’t want to dissuade non-Perl programmers from clicking the link. There are probably many scenarios where it doesn’t make sense to include the hashtag, and that’s fine. For everything else, there is #Perl.

Hashtags are case insensitive so #Perl and #perl are good, but I wouldn’t #PERL unless you’re trolling (yw trolls!). Unlike many programming languages, our favorite language has a unique name (kind of - there is the Perl surname). Let’s take advantage of it by including #Perl in our tweets. If enough of us do it, who knows, we might even start trending again.