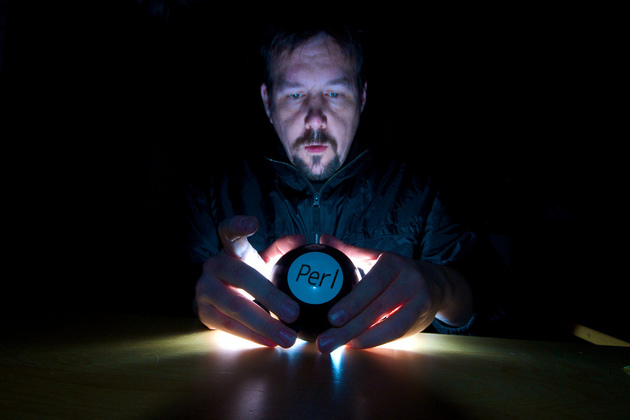 The B::Deparse module compiles a Perl program and then deparses it, producing the internally generated source code. What’s the point of that you say? Well it let’s you look behind the curtain and inspect how Perl is structuring the program code which can help you debug it, among other things.

Now if we save the code as signatures.pl, we can use B::Deparse to inspect it at the command line:

This generates the following output:

The generated code shows how Perl structured the signatures.pl code internally. You can see how “slurpy_signature” has one fewer die statement. This explains the improved performance as the subroutine has less to do. Magic debunked!

B::Deparse comes with extensive documentation and has some useful options for altering the output.

One of the many gems in brian d foy’s Mastering Perl book is the B::Deparse entry in the “Cleaning up Perl” chapter (affiliate link). In the book brian shows several uses for B::Deparse including debugging one-liners and decoding obfuscated code. You can read a draft version of the chapter online here.

PerlMonks has an interesting entry for those curious as to why the command line use of B::Deparse is “-MO=Deparse” and not “-MB::Deparse”.

Thanks again to Perl Pumpking and teflon man Ricardo Signes who put me on to using B::Deparse on subroutine signatures.