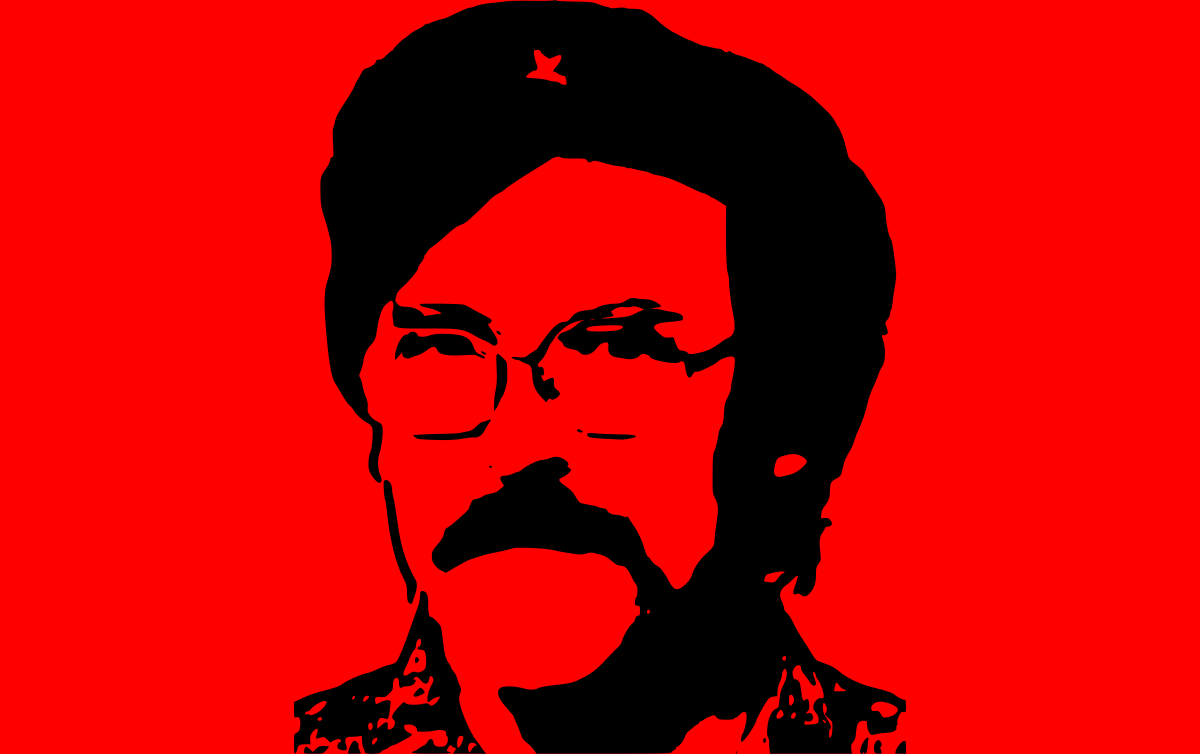 A few months ago brian d foyand I were throwing around some t-shirt ideas and we came up with a concept for series of shirts highlighting our computer heroes. This culminated in us recently launching our first Kickstarter project for the Larry Wall shirt (shown above). If you like the design back it! - we’d love to produce more designs for other famous programmers like Ritchie, Norvig et al. This article is about how to create similar pop art style images using GIMP and Inkscape.

First find an image you want to convert and open it in GIMP. I’m going to use my profile photo: 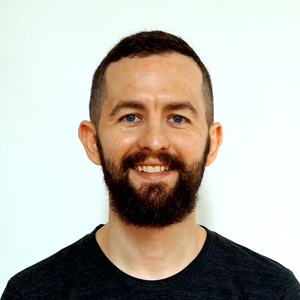 To prepare the image for stenciling, I need to reduce the image contrast. The first thing I do is remove the background. I use a variety of techniques for this: if it is a single color, I use the color selection tool and delete it; else a combination of the lasso select with delete and the eraser usually do the trick: 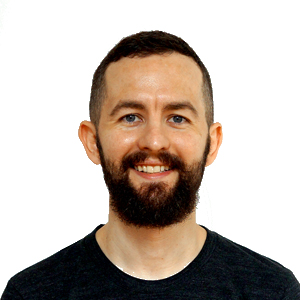 I use the same techniques to remove my body: 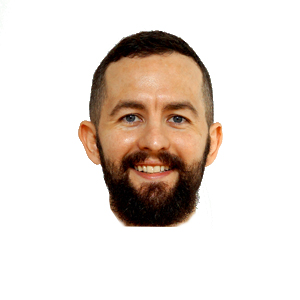 Next I convert the image to black and white (go to Image->mode->grayscale) and crop it (Image->Autocrop Image).

With the image adequately prepped, I can use GIMP’s color threshold tool to convert it to a rough stencil (Colors->Threshold). I adjust the default threshold until I get an appearance I like:

I export this image from GIMP as a PNG file and open it with Inkscape. Within Inkscape I left-click the image so that it is selected and then trace the bitmap (Path->Trace Bitmap). This creates a new, smoother version of the image. Then I delete the original image from Inkscape. At this point the image is good but it’s too small for general use, so when I export it as a PNG (File->Export PNG Image) I adjust the image dimensions to the size required. This works because an SVG will scale to any dimension (click here for a larger version).

At this stage I could put this image on any color of t-shirt. Instead I’ll re-import the image into GIMP and add a funky background color:

Don’t forget to back the Kickstarter project if you want a t-shirt. Best of all, it’s Larry Wall approved ™